The month of April has been designated Sexual Assault Awareness Month in the United States in an effort to “raise public awareness about sexual violence and to educate communities and individuals on how to prevent sexual violence,” according to the National Sexual Violence Resource Center. 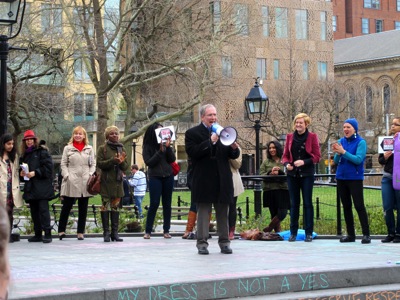 “Everyone deserves the right to walk the streets of our city free from fear. International Street Harassment Week reminds us that we must continue to fight for this right by bringing the issue of street harassment into the spotlight and breaking down the cultural forces that support it. By working together, we can end street harassment and gender-based violence once and for all.” –Manhattan Borough President, Scott Stringer 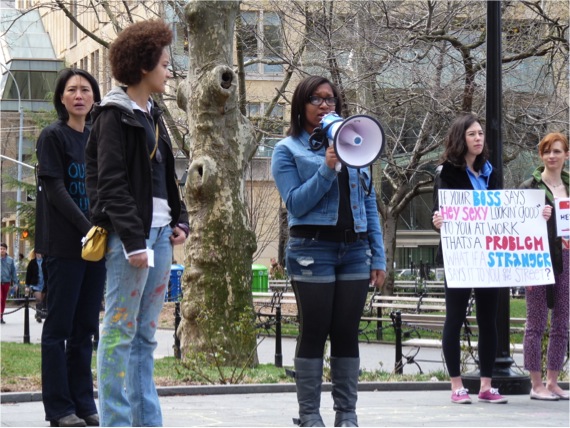 Nathania Fields, GGE’s Sister in Strength, was a powerful speaker at the event,“We believe that all people have the right to walk down the street without being hollered at and disrespected. We hope that our actions can help put an end to street harassment, that it will no longer be a norm in society, and that our children will not have to be victimized by it.”

Many speakers shared their personal experiences, which was followed by demonstrations on useful self-defense techniques taught by Center for Anti-Violence Education (CAE). The Chalk Walk solidified the day’s end, pieces of chalk were distributed to participants so they could share and document their thoughts and feelings on street harassment throughout the park. 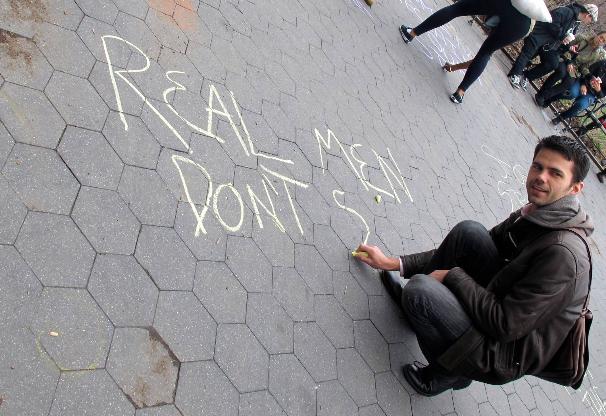 In preparation for the rally, GGE’s Sisters in Strength led a sign making party with the Brooklyn Young Mothers Collective and New York City Alliance Against Sexual Assault. The young women created thought- provoking signs and t-shirts with words and phrases that articulated their feelings on street harassment. 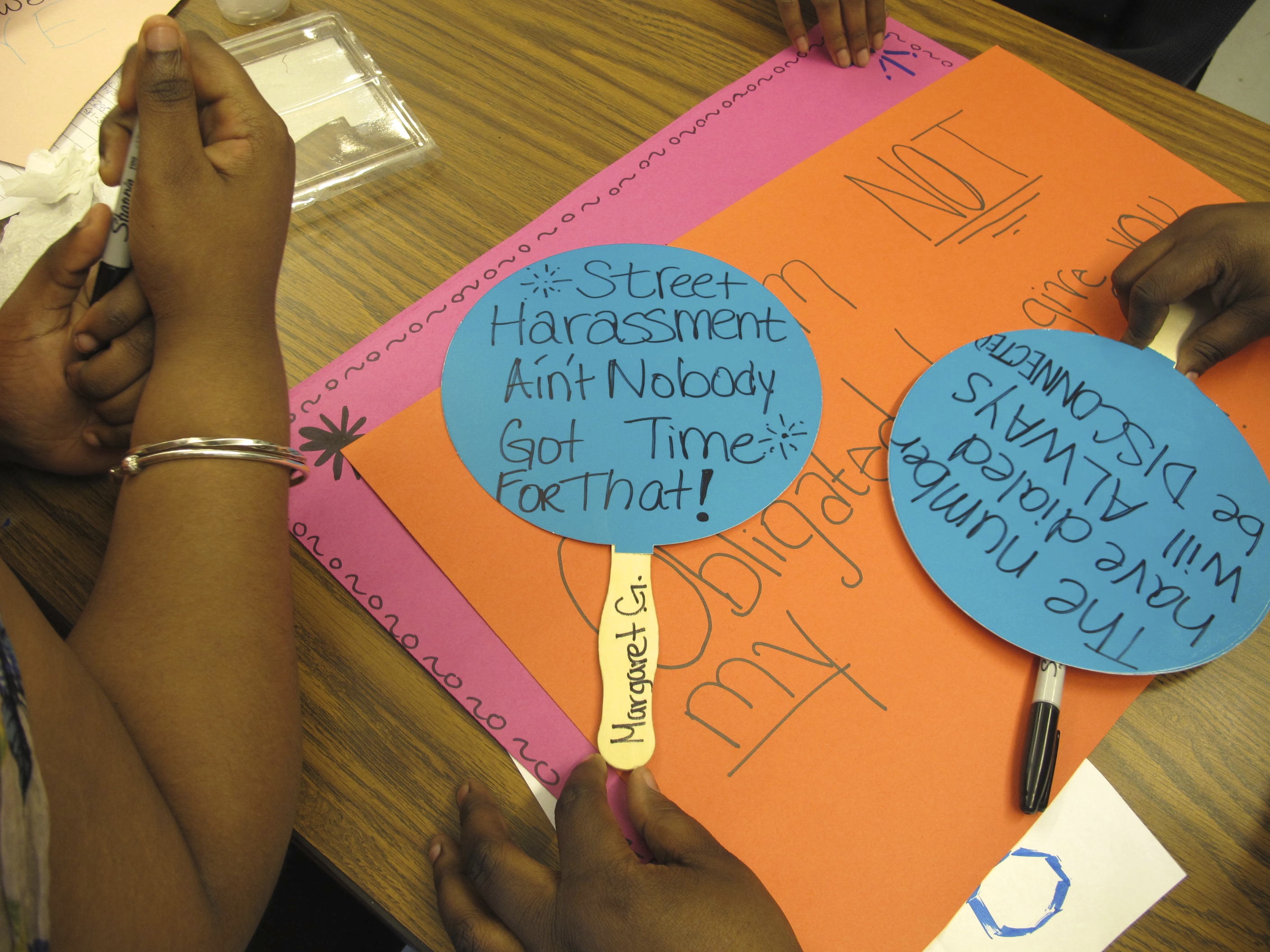 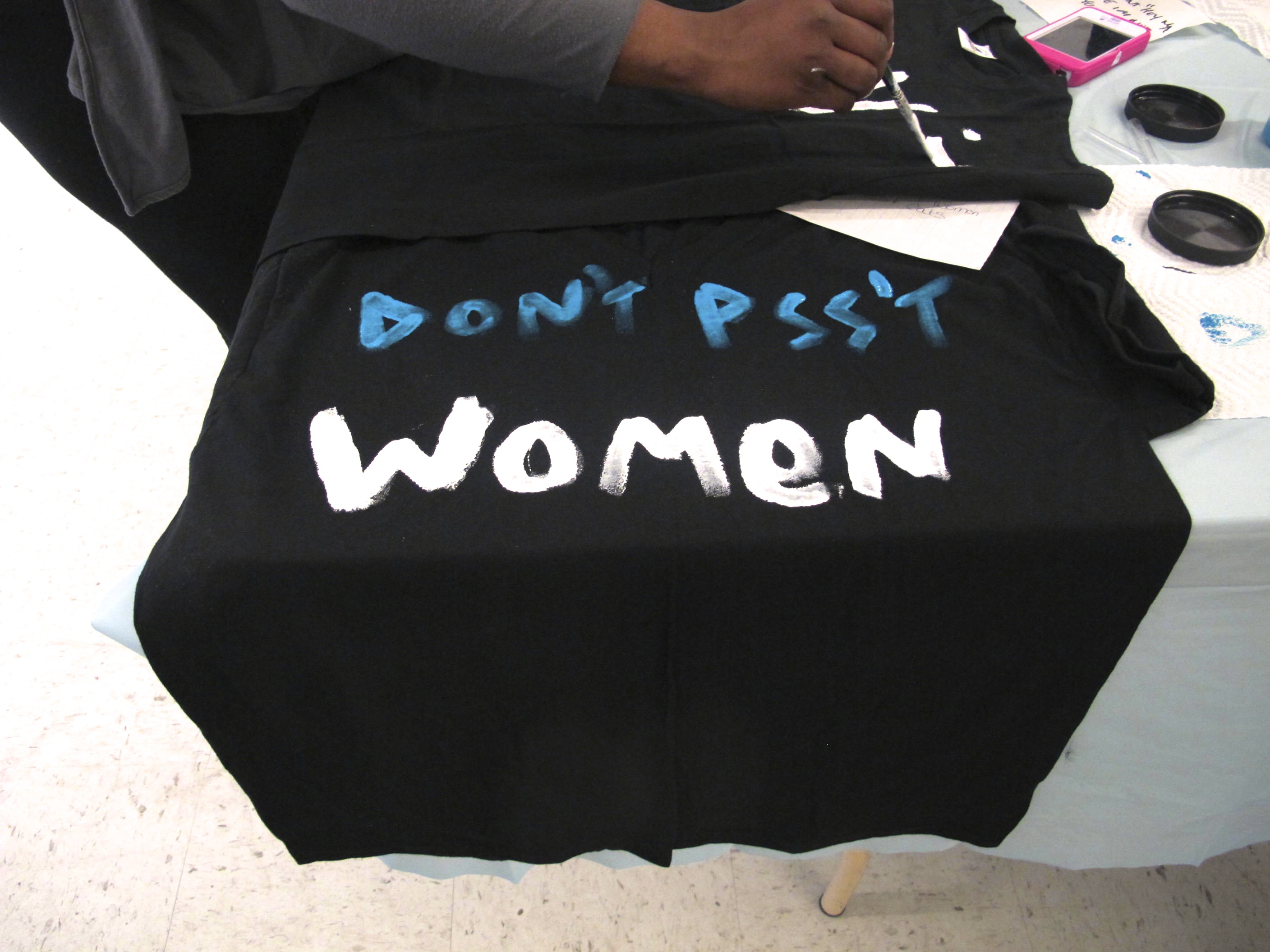 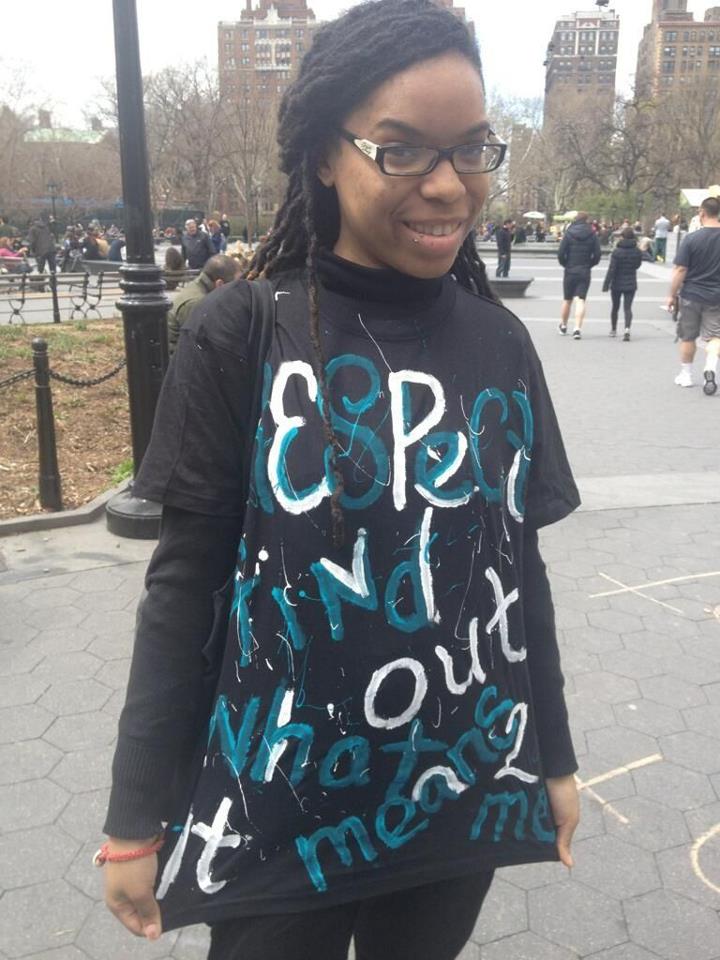 GGE is proud to have been a part of this day and we will continue to take actions to combat street harassment throughout NYC so that everyone can feel safe.